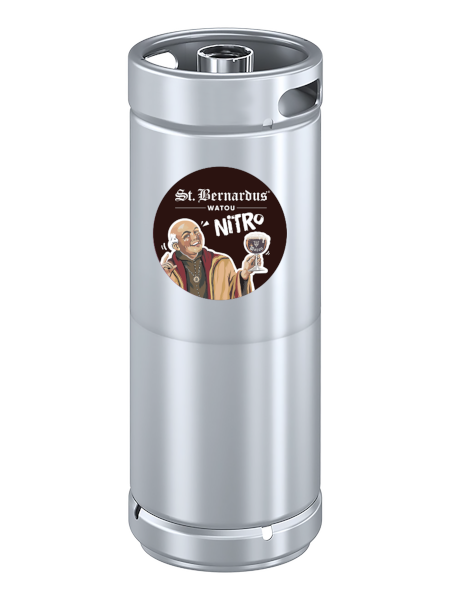 St.Bernardus Abt 12 is the flagship beer of brewery St.Bernardus and is considered as one of the best beers of the world. The Abt 12 is brewed according to an original recipe

for 1946. St.Bernardus Abt 12 Nitro is brewed with that same recipe. But instead of using carbondioxide (CO2) to saturate the beer, we use nitrogen (N).

The nitrogen gives the Abt 12 an even more delicate and subtle head with small bubbles.

In addition, you also get a beautiful cascade effect while pouring.

In other words, this beer is even more smooth, rich and creamy.

Now available in the USA! Coming from Hoppebräu brewery we have two outstanding new beers – Helles & Weissbier.   Weissbier is a fresh, sparkly, and blonde Bavarian wheat beer with hints of the taste of banana and cloves.   Helles beer is defined by its long and cold conditioning and fermentation phase. No less […]

Watou Tripel from Brouwerij St. Bernard is a traditional abbey ale brewed in the classic “Triple” style of Belgium’s Trappist Monks. This golden pale ale is mellow-sweet with lightly perfumed aromas and some spicy yeast notes. Rich and fruity with a soft mouth feel.

Sour Surfer is a Sour Belgian Blonde Ale brewed with Peaches. It is light blond in color with a golden accent and white foamy head. The beer has a nose that is both fruity and acidic with peach in the background. The key word for Sour Surfer is balance. The fruitiness of the peaches in […]